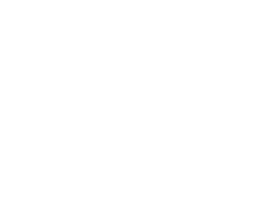 A great week to have a great week. Here are some highlights of what we have going on in the Kingdom.

Final logo voting for our FCF Knights of Degen team is LIVE and closes today, 2/23. To vote please sign in on the app or the website, and you must have a Ballerz Collective NFT for the corresponding team in order to vote. You can vote once per day and can only pick one.

We just announced the newest show coming to the KoD media network — ToKnight We Ride. Our very own KoD ZED racing show will be hosted by JiggaManPorto and Pony Zook. Live pony races with Knights? That’s what Degen dreams are made of. Coming March 4th.

As announced on last week’s Knicks Knights, we’re launching a 30 team Xbox NBA 2K league simulation season with our KoD community. We’ll be kicking it off with an epic fantasy-style draft knight and the league will feature weekly mandatory twists.

Our guys Drew Austin, Jerry Ferrara and JiggaMan are working through final details. And Drew is throwing a Knight NFT in for the winner of the league. Draft knight will be mandatory for everyone involved. More to come soon!

Knight of the Day Form

If you’re interested in getting Knighted on Twitter by Sir Edje, head to our #knights channel in Discord and fill out the nomination form. Direct link here.

Our community loves poker. Any knight of the week you can pop into the Degen Tavern and join a community-led game. Last week, the community turned it up a notch and hosted a $100 buy-in tourney with a Robo Knight up top to the 1st place winner.

We sat down for a little Q&A with the grand prize winner, Bean!

Q: What led you to the Knights of Degen?

A: I was brought to Knights of Degen because of Blake Jamieson through my hobby of sports card collecting. I quickly became a Blake fan after seeing his work with Topps and I now even own a few of his physical pieces. When I saw he was the artist behind an upcoming NFT collection, I knew I had to sign up and mint. I’ve bought and sold a few along the way, but happy that I’m back at three Knights and have reclaimed my Duke status!

Q: What are some of your favorite aspects of being a Knight?

A: During football season I was often running with the Kings hand alpha, big shout to Cynthia’s picks for helping me pick up some green. Additionally, I’ve been able to be a part of some of the athlete conversations. I had a great time listening to Tiki Barber a few months back. I actually only started joining poker night a week or two ago and am very happy that I did! Knights of Degen is simply a great community. As a sports fan and degen, it’s a place to chat with others who are passionate about sports, Web 3.0 and obviously gambling. The number of channels in the server that have regular discussion is very impressive and has me coming back to the server day in and day out!

Q: Tell us about the final hand, which ended up landing you a sweet jersey Robot Knight!

A: I was up about 3:1 (in chips) before the hand started. I had AQ suited and 4 bet pre flop, opponent calls. Flop was J5Q off-suit. Opponent opened with a bet that was 20% of their stack. I raised to 2.5x their bet, forcing them to commit or fold. My opponent re-raised all in and I called. Opponent turns over Q7 off-suit. Turn was a 8s and river was Kh and the jersey robot knight was all mine!